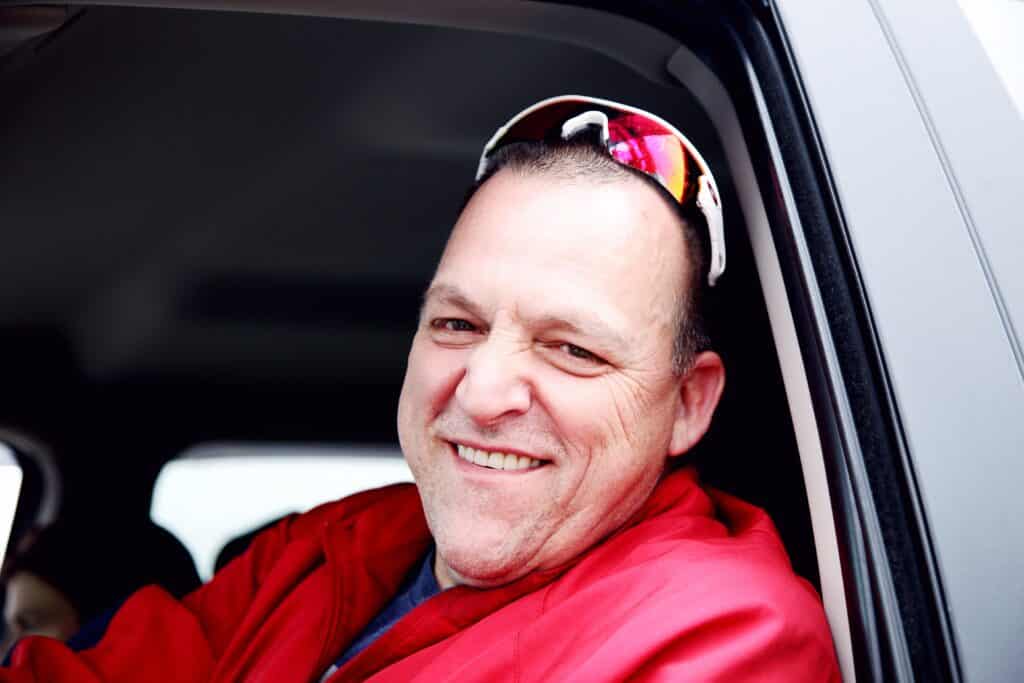 I met Angelo* while working at a hospital in Brisbane. We met because his young son Billy* had been born with serious health, intellectual and developmental issues. Now 5 years old, Billy was a very sick little boy. He could not move, eat or breathe without help and required around the clock care – which was mostly provided by his parents.

When this little guy was born, Angelo and his wife lived together in a happy marriage, they had full time jobs, a lovely home with a manageable mortgage… and a happy and energetic 3 year old daughter.

By the time I met Angelo, just five years later, he had separated from his wife (although they remained living under the same roof), they had both left their jobs to look after their son’s full time needs, they were looking to sell the family home as they could no longer make the repayments and their 8 year old daughter was confused, withdrawn and struggling to socially to connect to her peers.

We met in the city where the hospital was located – an easy 30 minute drive from his family home – but a time consuming and difficult commute by bus. Angelo arrived late, frazzled and angry.

He told me that he had recently fallen asleep at the wheel with his daughter in the car. Terrified of what could happen if he nodded off behind the wheel again, he had imposed a driving ban on himself. This meant that – along with all of his other losses… his wife, his job, his house, his financial security, his happy daughter, his own mental health – he had now lost his mobility.

In the 5 years since Billy was born, Angelo had not had more than 3 hours of sleep a night. His son was attached to a machine with an alarm that would sound when his breathing was compromised – and this alarm went off frequently and would wake the whole family. Billy would often scream out in pain throughout the night and needed to be calmed and soothed. He also required regular feeds through his feeding tube. There were a range of tasks that had to be addressed every evening just to get Billy safely through the night – and these needed to be done by Angelo.

Over the years, Angelo had become so exhausted that he was unable to complete basic tasks… reading, following a storyline on a TV show, remembering important events, having a conversation, and now driving. He was so consumed with the needs of his son he had neglected himself, his daughter and his wife. He was overweight, anxious, unhappy, angry… and unable to see how he could keep going.

There was some urgency in Angelo’s situation. He was only just coping and I was very concerned for him and his family. He was asking for help and, with the support of an emergency respite agency, we were able to get someone to come to his home and provide some short term help during a couple of evenings so that the family could have some sleep.

However – this was not a long term solution for Angelo and Billy. Respite is hard to access, is time limited and some families just do not want it. They want just a little bit more help all the time… so they do not get to the crisis point of requiring intensive respite just to survive.

A couple of weeks later, I sat down with Angelo to work out how he could avoid getting to the point again when he felt he could not go on. We talked about his friends and family. People who had offered help over the years… but had eventually stopped as they were constantly rebuffed by Angelo and his wife who didn’t want the ‘pity’ of others. We talked about the ways these people might be able to help to support the family over the longer term. We spoke about how Angelo might go about initiating these conversations after all of these years.

Angelo agreed to talk with his Aunty, his sisters and his four best mates from high school. These were the people in his life who he felt “really cared – not just say they care but then walk away”. He identified that regular sleep was the thing that he – and his family – needed the most. This was a little bit complicated as it required his ‘support crew’ to be trained in all of the machinery that Billy needed and they needed to be confident looking after him…. Angelo was not sure if they would be up for it…

The next time I saw Angelo he looked like a different man. He was sitting up straight, was no longer constantly angry and shaking, and was speaking of the future with hope. “What has changed?” I asked him.

He told me that his new ‘support crew’ had been thrilled when he asked for their help. They told him how painful it had been to watch him and his family struggle over the years and not be ‘invited in’.

They had arranged a training session with the nursing team at the hospital and 12 of Angelo and his wife’s friends and family attended. They rostered on regular Saturday night shifts (in pairs until they built the confidence to do it alone). And Angelo and his family had been getting a stretch of 12 hours sleep every week since.

Part of the benefit of having a roster of support is knowing that there are people who really care about you. People who know exactly what is going on in your life and have put their hand up to help out. Angelo got almost as much support from just knowing that the help was there… than the actual support itself (almost!). By going through the process of asking for specific help – and rostering people on to provide that help – he began to understand that these people were coming on the whole journey with him. They did not leave him when things got tough. They had been waiting there all along.

“I honestly did not think I could keep going. I couldn’t think straight” he told me when I checked in on him a couple of months later. “I can’t tell you how much easier it is to cope with things when you know that help is on the way” he told me. “Reaching out for help saved my life”.

*name has been changed